The selected site for the proposed micro-grid demonstration project is the 100+ acre Santa Rosa Junior College Campus in Santa Rosa, California, located within Pacific Gas and Electric's (PG&E) service territory. SRJC is part of the Sonoma County Junior College District, one of the largest single college districts in the United States. The potential value of this critical emergency services role was demonstrated during the devastating wildfires that impacted northern California and specifically Santa Rosa in October of 2017. Approximately 395,000 customers lost power, and its destructive power was felt within a mile of the SRJC campus, the selected site for the proposed micro-grid demonstration projects. Over 50 of SRJC's faculty and over 300 students lost their homes, joining the hundreds of residents requiring emergency shelter and services. The campus experienced electrical power outages during the critical first few days of these fires, crippling its ability to provide emergency services to the community. California's vulnerability to other extreme natural events, such as extreme storm events, coastal flooding, and earthquakes, combined with new national security threats to power infrastructure, make the need for a micro-grid approach to power distribution all the more acute.

Find links below to the project documents that include the scope of work, project narrative, as well as technical specifications.

Micro-grids help with adaptation to our changing environment and help reduce the detrimental effects of fossil fuel power generation.

Operation of the Microgrid 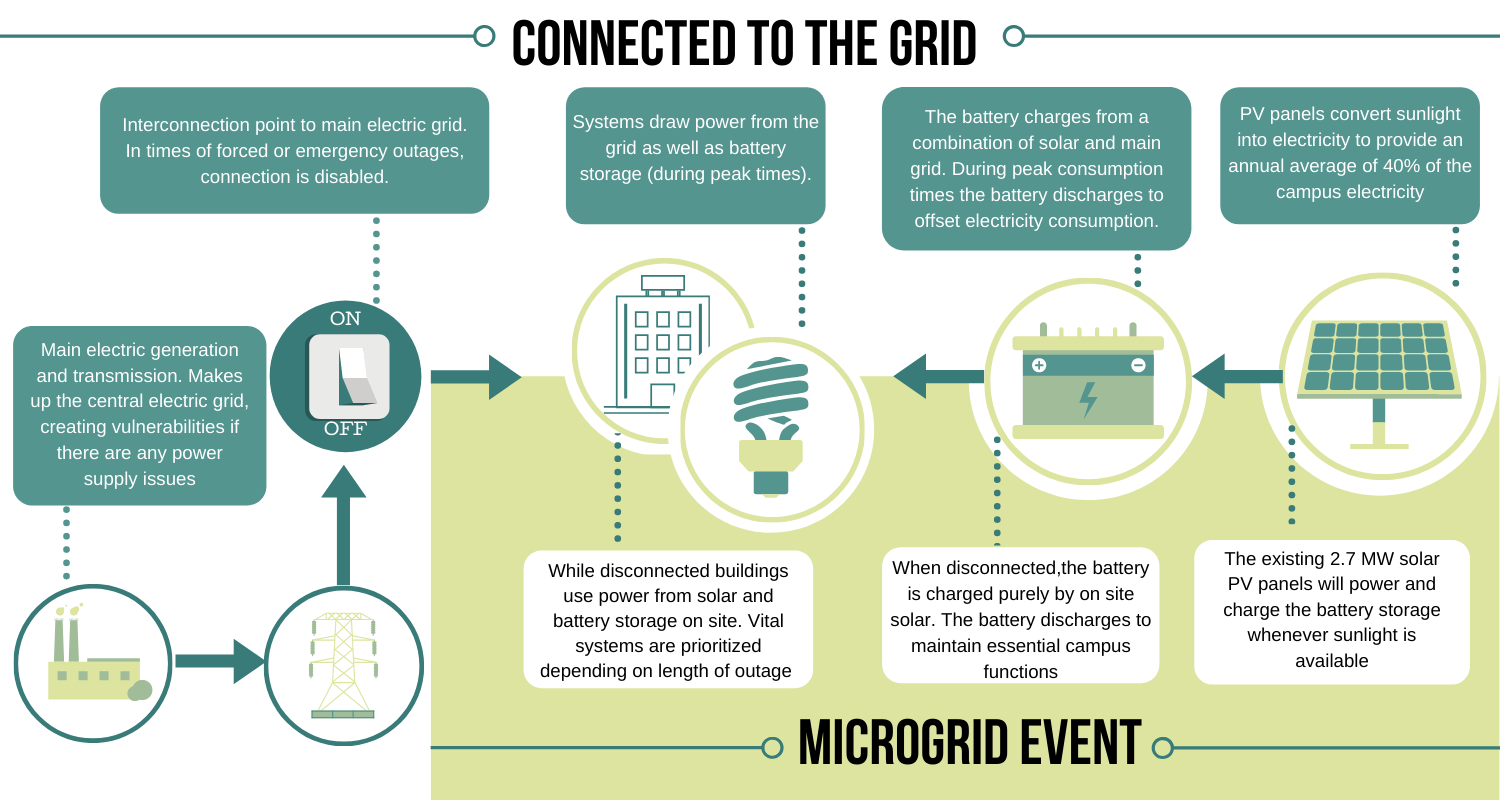 This system serves the campus by optimizing energy usage during both regular operation and micro-grid events, which includes power outages, wildfires, etc.

Read further into the technical details in the project resources, which are linked on the right side of the page!